Two new classifications for pine trees have been revealed, exciting not only the arborist community, but the botanist community at large around the globe. The first, stated simply by its Latin calling card of Pinicus Dignificus, has been distinguished by its honorable and tall stance amongst others of its kind, dignified and with majestic class. The second type, now known as Pinicus Lecherous, is noted for being the lower-browed pine, which prefers to cozy up, with its roots, next to the nearest deciduous tree in the fall and whisper a burlesque tune. The latter of the two usually found sticky to the touch … with sap. 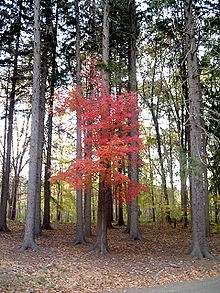