Not So Rock Solid

How does a rock get in a shoe? People contemplate the cosmos, and life and

death … but I wonder how a rock gets in a shoe. I mean really, I’m just walking down the street and all of a sudden I have a small jagged lump poking the bottom of my foot. I look for Houdini, but he’s dead, so then I look for David Copperfield. I mean it has to be magic. How else? I pull my shoe off, and turn it upside down, and there, lo and behold and never ceasing to be, falls out a pebble. Most usually reinsert their foot back into the shoe, having made sure there was nothing else stuck to it, but how many of us discover the answer of how the rock got there in the first place? I’m sure most people will think it is insignificant to waste a brain cell, but I have wasted many a brain cell on it, so forgive me if I repeat myself. I have wasted many a brain cell on it.

I’ve examined my shoes and sneakers, checking for any crack, any opening in their bottoms or sides which might have acted as the entrance, and found the footwear free of such orifices. It blows my mind and we take it for granted, but how does all that sand get into your sneakers when you’re walking on the beach? The sand is almost like another type of water. Isn’t it? It just seeps through as if you’ve stepped in a puddle.

Note: Last time I checked, rocks didn’t have arms or legs to climb into my shoes. Note: This is progress.

There are forces at work which are beyond our understanding, and I can’t swear to it, but I wouldn’t be surprised if these forces were also responsible for undoing shoe laces. Yes … I see the heads nodding.

I’m betting whoever figures this out will be the next Nobel Prize winner, and whoever he or she is, will redirect our minds in our thinking of how this world and the universe exists.

Newton got hit with a simple apple on the head, and then we had gravity. Yes, before that it was very hard getting around without floating away. I still don’t know how Newton did it, mass producing that gravity he’d found so that today we don’t have to think about it, but imagine, if you can, the principles of life and how they might be redefined due to how that rock got into that shoe. I see parallel universes. I see the afterlife amongst us. I see osmosis like one of those transporters in Star Trek, disappearing into effervescence, and reappearing elsewhere.

But I’m sorry, I have to conclude here, because I don’t have an answer … but I do hope I’ve inspired some great minds out there into further exploring a possible explanation. I know there is a fine line between genius and insanity, and I understand this, and the path might be hard. People who see things differently are usually called crazy … but remember, when others start to see it too, they don’t cry of an epidemic, but rather, there is an acceptance, an acceptance to the point that whatever the thought was becomes common, and then later taken for granted and we are where we are today because of it. Example: we stopped 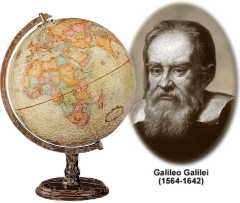 falling off the edge of the earth when Galileo persisted that the world was round. I am not boastful to call myself a genius … but I do wait till we share in this commonality. Reach for the extraordinary, wherever you are, and be a part in making tomorrow’s today.

Real: I get rocks in my shoes

Not Real: There is nothing not real here … only theory.

2 Responses to Not So Rock Solid